IWC is currently ranked in seventh place when it comes to sales among high-end Swiss watchmakers. IWC is betting that its bold approach can help it reach the top.  IWC turned 150 years old in 2018 and was a very busy year for them as well. With a slew of special editions, as well as a lot of chatter about the Schaffhausen-based company’s storied history, such as, how it was the first in Switzerland to industrialize the production of mechanical timepieces and how it broke new ground with the use of titanium in its designs.

Christoph Grainger-Herr, who, after a decade at the company became CEO last year – is concentrating on the future of IWC. Late in 2018 they opened a new 13,000 square meter production facility in Schaffhausen, one of the few in which visitors will be able to see, under one roof, timepieces make their journey from a block of raw metal to a completely finished product.

“IWC defines itself as the engineers of the Swiss-watch industry, as opposed to the more artisinal approach that others adopt,” Grainger-Herr says. “I often get asked whether there’s a contradiction between the machine innovation we pursue and ideas of craft. I say no. If a CNC machine can do something better than a craftsperson, then why not?”

Of course, the machine aesthetic – a stripped-back, Bauhausian, less-is-more look – is as much a part of the IWC package as its approach to making. It’s what Grainger-Herr refers to as “the human, personable side of engineering”, a side where aficionados appreciate the charm in mechanics, and are dismayed to open the bonnets of their cars when there’s a problem, only to find that the first thing you need now is a laptop.

This is a style that IWC is seeking to protect, while Grainger-Herr is not averse to giving an IWC product certain smartwatch functions, such as, for payments, perhaps. He will, however, need to be convinced that customers actually want this and that it can be seamless integrated into an otherwise mechanical-looking timepiece. The company did produce a prototype back in 2015, “but at the end of the day it just didn’t feel like an IWC product”, he says. “We’re not in the tech industry, and we shouldn’t forget that.”

In March of 2018, they launched an online-configuration tool which gives customers the chance to customize their traditional timepieces to their specific liking. Customers can choose between case materials, dials, hands, straps and back engravings on an Ingenieur chronograph. “But not the entire watch,” Grainger-Herr affirms. “It’s our business to create things the customer didn’t know they wanted, so we’d always need to curate [the general look].” Or, in other words, IWC makes the big design decisions, but customers will have the opportunity to give their timepieces a personal touch.

Looking at how real-time rendering and its made-to-order service might allow these customers to add an extra personal touch to their watch is an idea IWC wants to pursue in the long term. “Digital technology is now returning to the original idea of luxury as being about products made for individuals,” Grainger-Herr says. “It’s an idea that was some-what lost when luxury went more mass-market in the 90s.”

It’s another innovation for the Research and Development team to crack on with, busy as it already is in devising the next wonder material to bring advantage to the wearer. In September 2017, IWC introduced what it calls Ceratanium, a blend of titanium with ceramic, which the company rolled out in September of last year.

Whether you need watch repair in Aurora, CO, watch engraving, or even if you have an antique watch that you would like appraised, you can count on Matheu’s Fine Watches & Jewelry to provide you with superior service each and every single time. All of our watchmakers are factory trained and we have CW21 Certified by the American Watchmakers and Clockmakers Institute (AWCI) on site. This certification has the most stringent standards for watchmakers performing repair, restoration, and service work on watches. With one of the largest service centers in the metropolitan Denver, CO we are not only able to provide watch repair in Aurora, CO but to the entire 50 states as well. 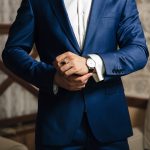