What Are Lab Grown Diamonds And What Should I Know? | Denver, CO

Photo by clearviewstock at Shutterstock

To millennials, lab grown diamonds represent something that has long been missing from the jewelry world, a guilt-free purchase. Almost every woman dreams of having a diamond on her ring when the big day comes, but many savvy millennials don’t like the idea of blood diamonds either. This has created quite a dilemma for those who have ached for the beauty of an engagement ring for years but aren’t quite comfortable asking for one when they know the implications that were owning one carries. However, there is an option that allows them to keep their shiny rock without worrying about image or guilt.

As the name implies, lab grown diamonds are, in fact, grown in a lab instead of in a deep mine somewhere out of reach. Scientists have studied how diamonds were grown for decades, and now they can replace the process to create a diamond that is grown in the same chemical, physical, and visual process as a traditional diamond. The result is a diamond that is the same as a traditional diamond, and only it doesn’t carry any baggage with it. For people all over the world, this is tremendously relieving. Something else that can relieve many future grooms stressing about engagement ring prices, lab-grown diamonds are generally more affordable than their counterparts. That’s a win-win situation for everyone.

How Are Lab Grown Diamonds Made?

To understand how a lab grown diamond is made, it is first useful to understand how traditional diamonds are formed. Traditional diamonds are formed 100 miles under the ground, deep in the mantle. The pressure and heat of the mantle were so hot that they cut through rock and created the precious gems known as diamonds. One of the reasons why diamonds are so rare is because this process is thought to have happened as long as one to three billion years ago. Therefore, there is a very low probability that there are many diamond mines left to discover today.

The same pressure and heat are applied to lab grown diamonds, but within a controlled lab and machine that can simulate the pressure that the Earth had to have exerted to create natural diamonds. To grow a diamond, a few things need to happen. First, a seed which is a small slither of another diamond is cultivated, and then that slither is placed into graphite carbon. Once properly implanted, the seed is heated within temperatures as high as 1,500 Celsius, and extreme pressure is placed on it.

In just the last few years, the second version of a lab grown diamond has cropped up using a method called chemical vapor deposition. As part of this process, the same type of seed is placed inside a completely sealed chamber and then filled with carbon-rich gas. This gas is then heated up to 800 Celsius. The extreme heat allows the gas to stick to the seed, which results in the diamond literally being grown atom by atom.

The new technology has allowed companies to grow lab-grown diamonds more easily and cost-effectively, allowing diamonds to enter the market at a lower asking price. Of course, this has subsequently led to a large divide between diamond mining companies and lab diamond companies who feel their territory is being encroached on.

Of course, mining companies cannot compete on an environmental basis. Given that lab-grown diamonds are more economically sustainable, the creation process is fairly transparent, and they are priced lower. Younger generations are more likely to be drawn to lab grown diamonds for all of these reasons, and the market demand for these diamonds grows by about 20% every year. It is expected to continue to rise as more jewelers in Denver, CO, and across the world continue to sell the diamonds.

Are Lab Grown Diamonds the Same as Traditional Diamonds?

Of course, anything new comes with suspicion, and if you are investing in a diamond is only reasonable to have questions about this mysterious new type of diamond. Due to the fact that most labs do not want to share data, it is hard to know for sure what the carbon footprint of lab grown diamonds is exactly, but it is clear that a lot of energy has to be consumed in order to create a diamond regardless of which process is used. Despite this fact, it is also clear that no one is harmed in the lab, which can’t be said of the mines, but some mining companies suggest that lab grown diamonds have three times as much of a carbon footprint.

However, if you look past the debate, what you will discover is that lab grown diamonds and mined diamonds look identical. Since they are formed using the same high pressures and heat, the diamonds are practically flawless. They are just as strong, and they have the same opaque appearance. In fact, unless you happen to purchase your Denver, CO, from a diamond professional, even the jeweler that is selling your diamond probably doesn’t know what type of diamond they are selling you. This is because both types of diamonds present the same image and have a crystal structure. They also have the same lattice structure, and outside of the small mining inscription that some mined diamonds have along with the inner core, the test just the same.

With that in mind, you may want to explore the idea of purchasing a lab grown diamond in Denver, CO. At Matheu’s Fine Watches & Jewelry, we can help you with that. Come on down, and our jeweler would be happy to answer any further questions you have.

What Are Lab Grown Diamonds And What Should I Know? | Denver, CO2021-06-172021-06-24https://www.matheusfinewatches.com/wp-content/uploads/2017/05/header-logo420x179.pngMatheus Fine Watches & Jewelryhttps://matheusfinewatches.com/wp-content/uploads/2021/06/what-area-lab-grown-diamonds-and-what-should-i-know.jpg200px200px
HIGHLANDS RANCH STORE
BRECKENRIDGE STORE
WORLD OF MATHEUS 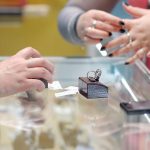