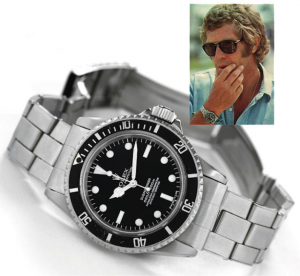 Rolex has no shortage of iconic persons in their portfolio in association with their highly sought-after timepieces. Another iconic actor whom also happened to be a race car driver that was closely associated with Rolex is Steve McQueen. McQueen’s name is often linked with the model 1655 Explorer II with the big orange band. However, as there does not seem to be any pictures of him wearing that specific timepiece it is considered more likely that dealers that were attempting to generate interest in the timepiece fabricated the association.

The timepiece that Mcqueen wore, and was photographed wearing on several occasions is the Ref. 5512 non-date, chronometer-rated Submariner. McQueen’s personal 5512 sold at Antiquourum in New York, in 2009, for $234,000. 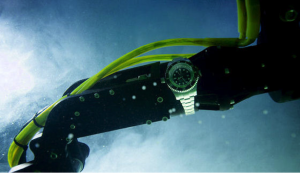 Another famous incidence with Rolex was when James Cameron went to the bottom of the Challenger Deep while the robotic arm of his submersible was wearing the Rolex Deepsea Challenge.

This is the world’s oceans deepest known area and is located in the Mariana Trench. The bottom lies about 35,800 feet below the surface. Rolex first visited these depths in 1960, when Jacques Piccard and Don Walsh piloted the Swiss-designed bathyscaphe Trieste to the bottom. Attached to the Trieste’s hull, on the outside, was a specially-made Rolex dubbed the Deep Sea. At that depth, the water pressure is about 1,086 bars, or 15,750 psi.

After their return to the surface, Piccard sent Hans Wilsdorf a telegram reading, “Am happy to confirm that even at 11,000 metres your watch is as precise as on the surface.” 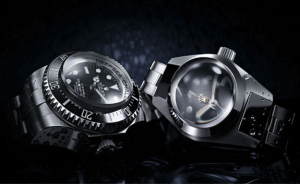 The Deepsea Challenge on the left and the original Deep Sea – the two Rolexes to visit the bottom of the Mariana Trench and return successfully.

Rolex returned once again to the Challenger Deep as a partner in filmmaker James Cameron’s expedition in March of 2012. Again, Rolex had a specially built timepiece attached to the outside of the submersible. The new experimental timepiece was called the Rolex Deepsea Challenge, as a tripartite tribute to the name of James Cameron’s project and to the 1960 Deep Sea watch that accompanied the Trieste, as well as the 2008 Rolex Deepsea watch that provided the technical and aesthetic blueprint for the new experimental wristwatch. Rolex designed and manufactured the experimental timepiece in less than two months.

It was attached to one of the robotic arms on Cameron’s submersible, where it reached a depth of 35,787 feet. Rolex commemorated the Cameron dive by releasing the Deepsea D-blue Dial watch. Based on the Sea-Dweller Deepsea, it features a unique dial that is deep blue at the top and gradually fades to a black at the bottom. The design represents the change in ocean color from the surface to the murky bottom.

This wraps up our definitive guide on Rolex and the top things that have made the watchmaking company a famous household name. We are sure there will be plenty more fascinating stories and associations to come with Rolex for the years to come and when it comes to embarking on new journey’s in impossible environments you can bet on Rolex being there to test their mettle. 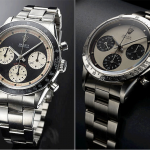 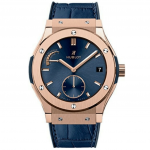