Photo By Pekin at istock

No one is sure how we became so fascinated by gold. There is some speculation that we are hard-wired to find the shininess of gold attractive because it reminds us of the shininess of sunlight hitting water. Something that would have been very important when our ancestors were still hunter-gatherers moving from site to site on a constant basis. However, there are other people who believe that gold became popular because its inert nature made it such a useful material as a store of value. Whatever the exact reason, the important part is that gold sees very widespread use in watches as well as other valuable accessories, meaning that Aurora, CO residents should know something about it if they want to minimize their need for watch repair services.

What Are Some of the Different Kinds of Gold Used in Watches?

For starters, pure gold sees some use. However, this is relatively rare for a couple of reasons. One, it is very soft, so much so that a single gram can be hammered into a sheet that covers about a square meter in area. As a result, pure gold isn’t very suitable for anything that is expected to see regular handling unless interested individuals don’t mind heading in for either watch repair or equivalent services on a regular basis. Two, there is an issue of style that has nothing to do with anything as practical as the need for repairs. Basically, a lot of people favor a more subtle sense of style in the present time, meaning that too much pure gold can actually backfire by creating an impression of garishness for them.

In any case local residents looking to minimize their need for watch repair should know that the purity of gold is measured using karats, which is one of those units of measurement that can trace their existence to the distant past. For those who are curious, both karat and carat can trace their origins to the Greek κεράτιον, which is the carob seed. This is the case because a late Roman gold coin called the solidus weighed about 24 carob seeds, thus resulting in it transforming into a unit of measurement for the purity of gold over the course of centuries and centuries.

Regardless, this means that 24 karat gold can be considered pure gold. However, Aurora, CO residents seeking to minimize their need for watch repair should know most watches are made out of less pure gold, which has been mixed with other metals to create stronger, tougher alloys that can stand up to practical use while offering new appearances for new ornamentation possibilities. For example, chances are good that interested individuals have heard of either red gold or rose gold at some point. These terms refer to gold that has been mixed with copper, though it should be mentioned that rose gold often has some zinc mixed into it in order to produce a more subdued shade of red to the resulting metal. Meanwhile, white gold is even more wide-encompassing, seeing as how it can be used to refer to an alloy produced by mixing gold with any white metal. As such, white gold can include everything from gold mixed with platinum to gold mixed with palladium. However, it is interesting to note that many examples of white gold are actually coated with rhodium, which is done because that provides it with the brilliance that its natural state lacks.

On top of this, there are many watchmakers that have decided to come up with their own gold alloys in order to appeal to potential clients. This makes sense because these new alloys offer new ornamentation possibilities, thus enabling those watchmakers to capture the wandering eyes of more potential clients. Furthermore, there is the matter of exclusivity as well, which is very useful for raising the price of an already rare and precious product. Thanks to this, whenever interested individuals who want to minimize their need for watch repair come upon mention of gold, they should make sure that they have a good idea of what they are getting with the watch before they proceed further. Otherwise, they could wind up making a decision that they wouldn’t have made under more informed circumstances because of bad assumptions on their part.

How Can You Care For Gold?

Of course, people who want to minimize their need for watch repair should also look into the ways to properly care for gold watches. After all, gold watches are expensive, meaning that they should do their best to protect the value that they have sunk into them. Never mind the hassle that can come from having to visit a watch repair specialist.

Generally speaking, interested individuals will want to put their gold watch on a washcloth lest they get the back scratched up in the cleaning process. As for the actual cleaning, it is common to see recommendations of either a wet cloth or a wet cotton ball. However, for tougher patches, some people would recommend the very careful use of a small amount of toothpaste. Alternatively, there are also cleaners that are meant specifically for jewellery, which might be a good idea for those who are particularly concerned about avoiding the need for a watch specialist.

Besides this, interested individuals are recommended to take the usual precautions when it comes to any watch of value. This means that they should be careful about bumping them into things, exposing them to the elements, and storing them in improper places whenever they are not in use. By being careful, interested individuals can do a great deal to promote the longevity of their gold watches, thus ensuring that their value will be retained for decades and decades to come even with minimal need for watch repair.

Need watch repair? Please contact us at Matheu’s Fine Watches to learn more about how our services can help interested individuals restore their gold watches to the best condition for the maximum retention of their value. 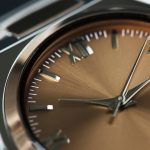 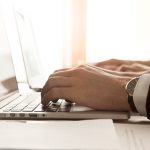