The timepiece industry’s monolithic fairs are beginning to stride away from their traditions at a time when various forces are affecting the changes in sale patterns globally. Yet with exports of Swiss timepieces up about 7% by value from this time last year, watchmakers are entering 2019 with an air of optimism. Some of the industry’s leaders share their expectations for the year ahead.

Asian millennials will purchase more diverse and casual timepieces to wear in ever more informal workplaces, predicts Panerai’s chief executive, Jean-Marc Pontroue.  There are new markets that are also emerging. Take Indonesia for example, which according to Vartkess Knadjian, chief executive at London-based watchmaker Backes & Strauss, has very wealthy entrepreneurs whom shop in places such as Singapore, and retail environments are being created in cities like Jakarta.

Bremont co-founded Giles English points to Sri Lanka as another emerging retail market, quoted, “the Chinese are going there more and more”.

Currency fluctuations can pose a threat towards the sales of Swiss timepieces among Chinese tourists, who “only buy when they can make a bargain…. As soon as the currency moves”, states Davde Cerrato, managing director of Montblanc’s watch division.

Gregory Dourde, Chief Executive at HT, anticipates that stricter customs controls in China on goods that are bought overseas will lead to Chinese clients buying more watches from home.

Distribution and sales watch brands will invest more heavily in digital platforms such as Weibo, WeChat and others next year, Mr. English expects, and less in stores – a strategy that Bremont itself will pursue in the second half of 2019.

Brands will seek to regain some control from the multi-billion dollar so-called grey market, where timepieces are sold by unauthorized dealers, often at a discount. Mr. Dourde states watchmakers’ focus on boutiques dedicated to just one brand will give them more control over stock supply and provide other retailers with less scope to offload surplus volumes on to dealers at a reduced price.

Watchmakers will also look to seek a greater slice of the thriving second-hand market, asserts Bremont’s Mr. English. He believes many will be looking to buy back their brand’s used timepieces from customers, or from dealers and online platforms such as Watchfinder. “brands will start to sell their own second-hand watches in stores, especially the limited editions which have real value,” he adds. Mr. English also predicts resale sites could prove to be “gold dust” for a group or big brand looking to acquire a new, large customer database. “It’s happened with Richemont and the second-hand Watchfinder, so why not?” he states.

Jon Cox, head of European consumer equities at Kepler Cheuvreux, a research firm, stated that the grey market could evolve to where consumers buy a watch to sell it on in its unopened box for a profit via these second-hand platforms. Consolidation With so few viable independent watch brands available, acquisitions will be thin on the ground, says Mr Terreni.

Instead, expects Peter Harrison, chief executive of Emea at Richard Mille, big groups will look to offload their weaker brands and consolidate some areas of manufacturing. To safeguard exclusivity, manufacturers will be restricted in creating components for other brands, he adds.

As for watch fairs, 2019 in many ways heralds the death of a timeworn format and further change appears inevitable. Mr Knadjian says: “The way we are able to communicate today with information has changed, you can send pictures and do live broadcasts. “If shows have a future they have to be restructured and rethought.”

Whether you need watch repair in Englewood, CO, watch engraving, or even if you have an antique watch that you would like appraised, you can count on Matheu’s Fine Watches & Jewelry to provide you with superior service each and every single time. All of our watchmakers are factory trained and we have CW21 Certified by the American Watchmakers and Clockmakers Institute (AWCI) on site. This certification has the most stringent standards for watchmakers performing repair, restoration, and service work on watches. With one of the largest service centers in the metropolitan Denver, CO we are not only able to provide watch repair in Englewood, CO but to the entire 50 states as well. 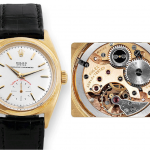