Rolex is one of the world’s most renowned luxury timepiece brands. The global recognition is due to decades of success within the watchmaking industry and even in film appearances such as James Bond, Paul Newman, and others. If you have ever wondered how Rolex got started and the route they took in order to become the world’s most well-known watch brand then this is for you. Below we discuss some of the very top things about Rolex that you should know. 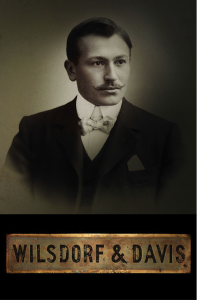 It all began in the early 20thcentury in the year 1905. Two men, Hans Wilsdorf and his business partner whom also happened to be his brother-in-law, Alfred Davis, founded Wilsdorf U& Davis Limited in London. Three years later in 1908, Wilsdorf would register the trademark “Rolex”. At the same time, he opened an office in La Chaux-de-Fonds, Switzerland. It was not until 7 years later in 1915 that the company would officially change its name to Rolex.

When it comes to origin of the name Rolex itself, there are multiple tales with how it came about. Over the years, however, none were officially confirmed by Wilsdorf himself. One such tale is that Wilsdorf followed the lead of George Eastman, whom was the founder of Kodak. Eastman’s success started a trending movement with invented brand names. Another popular tale is that Rolex is a sort of portmanteau of the French phrase Horlogerie exquise. No matter which is the truth, if either, the name Rolex certainly hit the right cord and caught on. 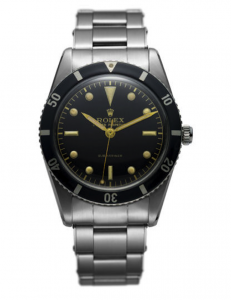 Over the past one hundred years Rolex has been credit with a wide array of watchmaking patents and firsts. Starting just five years after it first opened its doors in 1910, a Rolex was one of the first wristwatches in the world to receive the Swiss Certificate of Chronometric Precision. This was granted by the Official Watch Rating Center in Bienne. Sixteen years later, in 1926, Rolex would patent the first waterproof watch, dubbed the Oyster.

Rolex once again made a name for itself in 1945 when the Datejust came into being. This was the first self-winding wristwatch that indicated the date in a window on the dial. Just two years after this, Rolex would then also become the first watch to break the sound barrier while being worn on the wrist of pilot Chuck Yeager in 1947.

Another still very popular line, the Submariner was originally launched in 1953. This was the first divers’ watch that was waterproof to a depth of up to 100 meters. In the same year, Rolex managed to reach the summit of Mount Everest with the expedition that included the famous Sir Edmund Hillary and Tenzing Norgay.

If that was not enough, in 1960, Rolex once again became a first by being the first company to send a watch to the bottom of the Challenger Deep in the Mariana Trench. Seven years later in 1967, Rolex patented the helium escape valve and in 1985 became the first watchmaking brand to use 904L stainless steel.

Beyond firsts and its innovations, Rolex is also known for creating multiple trademarked names such as Twinlock and Triplock waterproof screw-down crown systems. Parachrom is a material developed, patented and manufactured by Rolex for use in hairsprings. Everose is an 18k rose gold that was developed, patented and produced by Rolex and the Paraflex shock absorber system, the last on our list of trademarked names, helps protect movement from shocks. 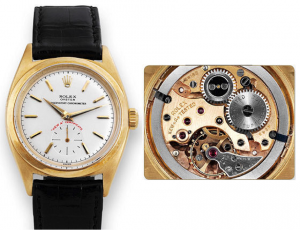 Pictured above, is a very rare Rolex 6210 “Kew A Certificate” timepiece that was sold by Antiquorum Auctioneers.

In the days long since passed, ships would rely on marine chronometers in order to navigate. The accuracy with timekeeping was of paramount importance not only to sailors, but to entire countries. Manufacturers sent their finest handmade and hand-adjusted marine chronometers to be tested at astronomical observatories, such as those at Neuchatel, Geneva, Besancon and Kew. Each of these observatories applied their own standards, and Kew reportedly applied the strictest standards of them all. Their tests were far more demanding than those employed by COSC today.

For decades, only hand-adjusted marine chronometers with detent, or chronometer escapements were able to pass the tests. At Kew, chronometers that performed especially well received an A-class certificate.

Nine years after opening their doors, in 1914, Rolex received the first-ever Kew A certificate for a timepiece of that type. Fast forward to the 1940s, where Rolex then submitted around 145 small wristwatch movements to Kew for testing. To the amazement of practically everyone, except perhaps Hans Wilsdorf himself and his staff, 136 of the movements received Kew A certificates.

The movements that Rolex submitted were among the least expensive it produced– 10 ½ “’ Hunters, though each was fitted with standard production balance wheels and escapements intended for another movement, making the “Kew A” movements a sort of hybrid.

CONTINUE READING ON THE NEXT PAGE 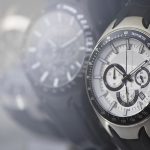 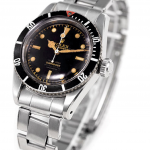