How are Quartz Timepieces Better than Mechanical Watches? | Watch Repair in Aurora, CO

Photo By Nor Gal at Shutterstock

Since the emergence of a quartz watch in 1969, there has been a raging debate between mechanical vs. quartz watches, which still persist to this day. However, choosing either one of them is simply a matter of personal preference.

Mechanical timepieces were a major hit during first half of the 20thcentury, but quartz timepieces acquired center stage after 1970s. They now have certain benefits which were previously exclusive to only mechanical watches.

As a general rule of thumb, if you diligently take care of your watch, it will demand less repairing. Listed below are some tips that will help you avoid looking for an expert of watch repair in Aurora, CO. Without further ado, let’s start:

7 Factors to Prevent Finding an Expert of Watch Repair in Aurora, CO:

A quartz watch when exposed to strong magnetism in its surrounding will start to function erratically. This can include magnetism generated by handheld devices, body scanners, laptops, personal computers, handbags/purses and powerful speakers. Due to this reason, the timekeeping ability of a quartz watch is affected.

To your benefit, this is just a temporary malfunction since the watch will operate normally when it is taken away from magnetic forces. You would be surprised to know that a quartz timepiece has a higher resistance to strong magnetism in comparison to mechanical and automatic watches.

If you feel the timing of your quartz timepiece is slightly off, you should have it checked out by a service known for watch repair in Aurora, CO, to get an expert opinion.

A pro tip for enthusiasts of quartz watch is to purchase a sapphire crystal quartz timepiece. Plastic crystals are also available, but generally they are less preferable due to their vulnerability to damage. Sapphire crystals are harder in comparison, but they are still susceptible to excessive pressure and scratches.

In an event you have damaged the quartz watch crystal by accident, you can still have it replaced for a nominal price by an expert of watch repair in Aurora, CO.

When the battery of your quartz timepiece is nearing the end of its lifespan, it starts to function slowly than before. The battery provides power to the coil/stepper motor of the watch.

One way to find out if the battery of your timepiece is draining is by holding it in a vertical position. When the second-hand or the chromo moves easily from 12 to 6 o’clock position and struggles to move from 6 to 12 o’clock, then it is certainly the battery.

If this occurs, you should head over to a service of watch repair in Aurora, CO, and specifically request them to replace the old batteries with high quality batteries. Do remember to replace the battery after 2 years to keep yourself on the safe side.

Either the battery of your watch has ran out of juice or it is gathering dust inside your drawer for months. In either case, it is time to set the date. But be careful. There is a method to it. Adjusting the date of your watch at the incorrect time can damage its movement.

A quartz watch needs additional power to change the date. This power is delivered overnight between the time of 9pm and 3am. Changing time during these hours damage its internal movements.

Be sure to visit an expert of watch repair in Aurora, CO, who will walk you through this process to prevent needless damage.

6.  Protection Against Dirt, Dust and Moisture

Be it a quartz or mechanical watch, they both need protection against dust, dirt, water and moisture. In case of an exposure, it interferes with its movements. Apart from that, it will also affect the magnetic force due to excessive resistance.

Any expert of watch repair in Aurora, CO, will simply take your watch and follow a routine protocol for cleaning. This usually entails inspecting the watch for existing damage, outlining the affected areas and completely cleaning the watch, renewing it for another long run.

The good news is that if you have purchased a quartz watch rather than a mechanical watch, you are in the clear. They do not require half as much maintenance as their mechanical counterparts do. It is due to the fact that quartz timepiece has significantly less moving parts. Its routine maintenance only involves replacing the battery and cleaning out the accumulated dust and dirt due to exposure to environmental conditions.

So, it would not come as a huge surprise that you may visit your local service for watch repair in Aurora, CO, only once in a moon.

For better storage, use a home safe or a deposit box. You should protect it against moisture and condensation since majority of the quartz watches are usually damaged due to moisture that damages its IC circuits. If these circuit are damaged, they are mostly replaced rather than repaired.

You can purchase a better storage box for your quartz timepiece from any service of watch repair in Aurora, CO. Proper storage ensures longevity of a watch and prevents exposure to environmental conditions, too.

For the uninitiated, maintaining a quartz watch is a huge concern. But by following our guidelines, we assure you that you can minimize your trips to a service known for watch repair in Aurora, CO, and also keep your watch in operational condition for the next 2 decades or more.

Whether you need watch repair in Aurora, CO, watch engraving, or even if you have an antique watch that you would like appraised, you can count on Matheu’s Fine Watches & Jewelry to provide you with superior service each and every single time. All of our watchmakers are factory trained and we have CW21 Certified by the American Watchmakers and Clockmakers Institute (AWCI) on site. This certification has the most stringent standards for watchmakers performing repair, restoration, and service work on watches. With one of the largest service centers in the metropolitan Denver, CO we are not only able to provide watch repair inAurora, CO but to the entire 50 states as well. 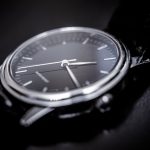 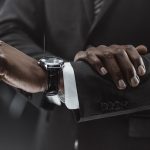