34 Terms You Should Know When Getting A Watch Repair | Aurora, CO

Photo By Daria Minaeva at Shutterstock

Your watch is an important part of your daily life, and when something goes wrong you want to be sure that it’s fixed as quickly as possible. But you don’t want just any watch repair shop taking care of it. You want a truly skilled repair facility in Aurora, CO. And one way you can know more about a facility, is just how they talk about your watch. But you’ll need to know their jargon in order to understand the words they use. This is where you can find out more.

We’ll talk about some of the main components of your watch and what each of them pertain to so you can have a better understanding of not only watch repair but also your watch in general. If you’re looking for a way to sound smarter to the rest of your friends, these terms are definitely going to help you do just that. By understanding your watch, you’ll be able to ensure you’re taking it to a reputable facility in Aurora, CO.

Balance Wheel – This wheel moves at a set rate to ensure the gears of the watch move properly and is responsible for the movement of the hands.

Balance Spring – A metal or silicon spring that regulates the balance wheel, forcing it to move at a set speed.

Bezel – A metal or ceramic ring surrounding the crystal of the watch, which may be stationary and decorative or rotational and capable of measuring time or more.

Bridge – Bar mounted onto the main plate which forms a framework for the inner parts of a mechanically based watch.

Caliber – Model name of a type of movement, used by manufacturer.

Case Back – The back of the watch which must be removed in order to work on the interior of the watch.

Complication – Additional features of a watch that could include a calendar, moon phase indicator or stopwatch.

Crown – The knob at the side of the watch case which can be used to adjust the time, date or even to wind a mechanical watch. In some instances, this is the true reason behind a need for repairs where an individual receives a new watch they do not realize needs to be wound.

Crystal – Protective cover made of synthetic sapphire, acrylic or glass, which covers the front of the watch face and protects it from being damaged.

Escapement – An internal piece, commonly an escape wheel and lever, which transitions power from a wind-up watch into actual movement through the motion of the balance wheel.

Face – The front of the watch which displays the time, also referred to as a dial, watch repair can also provide for new faces being added to some watches.

Frequency – Speed at which the watch ‘beats’ in vibrations per hour.

Gasket – Rubber, plastic or neoprene ring used to seal the gaps otherwise present around the watch to protect it from water and dust. This can be a relatively simple repair as gaskets get old and don’t work as well.

Gear Train – A series of gears which provide power from the mainspring to the escapement.

GMT – A term used to refer to watches which are able to track multiple time zones at the same time.

Hacking Seconds – A way of stopping the second hand from moving by pulling out the crown, used to set a watch more accurately.

Indices – Markings on the watch face that are used to represent hours rather than having numbers printed or marked.

Lugs – The pieces at the top and bottom of the case that are used to attach a band to the watch case so it can be worn.

Luminescence – The glow of a watch face when it has been coated with a particular photoluminescent material so it can be seen even in the dark.

Magnetism – When metal pieces within a watch become introduced to a magnetic field and become charged, causing them to malfunction and the watch to be incorrect. This will make watch repair necessary, but it can fortunately be fixed.

Main Plate – The base that is used to mount all of the other gears and pieces of the watch in order to make it run.

Mainspring – A spring which stores all of the energy of winding a watch and then provides power to the rest of the watch while it unwinds.

Movement – Could be either mechanical or quartz powered.

Power Reserve – How long a watch is able to run after it has been fully wound, which is usually at least 40 hours.

Pusher – Button located on a chronographic watch to start, stop or reset the specialized mechanism.

Quartz – A piece within a battery-powered watch that vibrates from the electricity sent by the battery. It then uses these vibrations to power the watch hands.

Repeater – An extra feature on some watches which creates a chime to indicate time when a button is pressed on the case of the watch.

Retrograde – Indicator that appears on the face of the watch in the form of a semi-circle. It creates an entirely cycle and moves backward to reset.

Silicon – Material used to create the components of a watch rather than metal, which creates a more accurate and reliable unit.

Skeleton – Transparent or cut-out face of a watch which reveals the inner workings of the gears of the watch.

Small Seconds – A smaller dial on the face of the watch which displays the seconds separately from the hours and minutes.

Tourbillon – An escapement that helps to protect against the effects of gravity on movement which can help to avoid the necessity of some watch repair.

Winder – Box or other contraption which winds the mainspring when it is not being worn.

By understanding each of these terms you’ll be able to better understand the watch repair process and the facility that you’re taking your watch to in Aurora, CO. The key is to make sure that you seek out someone who truly knows what they are doing. Your watch is a high-end piece of machinery and it requires the best possible care and the best repair facility available in Aurora, CO. Whether you wear a mechanical watch that needs winding or a quartz watch that has the best possible finishes, you want to be sure that your watch is in the right hands. And that’s where Matheu’s Fine Watches & Jewelry can help.

Whether you need repairs,watch engraving, or even if you have an antique watch that you would like appraised, you can count on Matheu’s Fine Watches & Jewelry to provide you with superior service each and every single time. All of our watchmakers are factory trained and we have CW21 Certified by the American Watchmakers and Clockmakers Institute (AWCI) on site. This certification has the most stringent standards for watchmakers performing repair, restoration, and service work on watches. With one of the largest service centers in the metropolitan Denver, CO we are not only able to provide repairs in Colorado but to the entire 50 states as well. 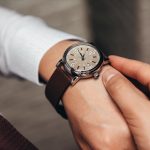 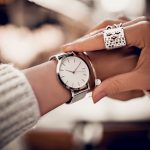