Do You Think You Have a Valuable Watch? | Insight from Your Trusted Denver, CO Watch Repair Service Provider

Photo By GoodLifeStudio at istock

How Valuable Can a Watch Be?

There is a wide range of watches out there that come in a wide range of prices. Some watches have prices in the single digits even though they have never been sent to a watch repair specialist. In contrast, other watches at the other extreme end of the spectrum can sell for millions and millions of dollars even if they have been sent to a watch repair specialist on more than one occasion, which speaks volumes about the regard in which they are held. The chances of Denver, CO residents having one of these watches without knowing it aren’t very high to say the least, but it isn’t unknown for them to have come by a watch that can sell for thousands or even tens of thousands of dollars.

What Factors Determine the Value of a Watch?

For Denver, CO residents who are curious, here are some of the factors that can influence a watch’s price whether it has been sent to a watch repair specialist or not:

Naturally, the condition of a watch can have an enormous impact on its value. Generally speaking, there are a couple of main factors that interested individuals will be watching out for. First, there is the physical condition of the watch, which can be summed up as how the watch looks when one examines its exterior for scratches as well as other blemishes. Second, there is the functional condition of the watch, which can be summed up as whether the watch can actually serve its intended function as a watch. In both cases, a watch repair specialist can prove to be very useful for Colorado residents. After all, repair specialists can pick up on potential issues for correction before they can turn into much more serious problems. Moreover, there is a fair amount that said individuals can do to preserve the physical condition of a watch, particularly when the watch owner is also exercising the care and consideration needed to keep it in pristine condition for as long as possible.

Amusingly, there are some signs of age that shouldn’t be either removed or otherwise mitigated by a watch repair specialist because they can actually add to the value of a watch. In short, there are some kinds of metal that can develop a patina over time, which can have a transformative effect on their appearance. The patina should never be removed by a watch repair specialist because it provides the watch with a potentially valuable sense of character as well as an even more potentially valuable sense of authenticity, so much so that a watch with patina can actually sell for more than the same watch without that distinguishing appearance. Of course, the same can’t be said whenever the signs of age have a harmful effect on the watch’s function because that would be damage rather than character. As a result, interested individuals might want to bring their watch in to a watch repair specialist to get a better idea of what is and isn’t worthwhile.

A watch should come with a box as well as a set of papers, meaning its warranty as well as its certification or reference card. Should these papers be missing, interested individuals can expect a watch’s value to go down by a considerable measure, not least because that makes it much more difficult for potential buyers to make sure that they are getting what they think they are getting. Having said this, different watches can see significant differences when it comes to whether their box and papers matter or not, meaning that a watch without these item is by no means worthless.

Of course, demand and supply play very important roles as well. Demand is the extent to which people are willing to pay for a particular product, so it should come as no surprise to learn that it can be influenced by a wide range of factors. For example, it isn’t uncommon to see the value of a watch soar when it features in a widely-seen bit of pop culture. Meanwhile, supply is the extent to which people are willing to sell a particular product. In most cases, older watches have much more limited supply than their newer counterparts because more of the units made will have either been lost, destroyed, stored away, or otherwise made unavailable to potential buyers. However, it is also perfectly possible for a particular watch to have low supply because no more than a small number was ever made in the first place.

Whether you need repairs, watch engraving, or even if you have an antique watch that you would like appraised, you can count on Matheu’s Fine Watches & Jewelry to provide you with superior service each and every single time. All of our watchmakers are factory trained and we have CW21 Certified by the American Watchmakers and Clockmakers Institute (AWCI) on site. This certification has the most stringent standards for watchmakers performing repair, restoration, and service work on watches. With one of the largest service centers in the metropolitan Denver, CO area. 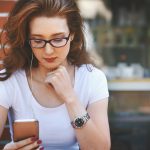 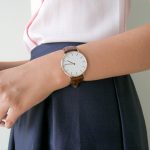