Photo By timspix58 at istock

In recent years, the demand for vintage watches has increased significantly, and not just among collectors and hobbyists. Millennials, too, have been scouring thrift stores and watch repair shops in Highlands Ranch, CO, and all over the country, looking for the perfect not-new-but-new-to-them timepiece.

Watch repair shops and antique stores are excellent places to find unique and rare watches. For various reasons, shop owners sometimes find themselves in possession of a highly sought-after piece. Sometimes people bring in the broken watches and would rather sell them to the shop than invest into restoration, other times someone inherited or came across an estate and brings the entire thing into a watch repair shop, not even knowing what they may have, and occasionally a watch is brought in for repairs and inexplicably abandoned.

In any event, largely because of the trend vintage watches are enjoying, the accessories acquired by watch repair shops are often sold, frequently at auction and sometimes at jaw-dropping prices. Here’s a look at the top 10 most expensive watches ever sold.

Regardless of how avid a watch collector you are, it may be a good idea to visit local watch repair shops or antique stores in Highlands Ranch, CO next time you have the urge to go watch shopping. You never know what you may find.

Matheu’s Fine Watches & Jewelry, right here in Highlands Ranch, CO, sells high-end watches and jewelry and offers watch repair and other timepiece servicing as well. From something as simple as replacing a battery to restoring an antique pocket watch, contact Matheu’s Fine Watches for all your watch needs. 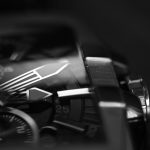