Why You Need Professional Watch Repair For Chronographs | Denver, CO

Photo by Jean-Claude Caprara at Shutterstock

Sometimes chronographs are referred to as timers or stopwatches, but these are inaccurate terms. Stopwatches and timers only measure intervals of time without providing the time of day. Sometimes the terms chronograph and chronometer are used interchangeably, but the two terms don’t have the same meaning.

A chronometer is a watch that has been certified for accuracy by a governing body. For example, the Official Swiss Chronometer Testing Institute, or COSC, tests and certifies chronometers made by Swiss manufacturers. The Glashütte Observatory serves the same function in Germany. Some manufacturers, such as Omega and Rolex, also conduct their own testing and certification.

Chronograph history includes association with many professions, such as doctors, soldiers, and pilots. A chronograph manufacturer, Hamilton, started out making pocket watches for American railroads and ended up with a Swiss company making chronographs for Britain’s Royal Air Force. Mechanical chronograph watches are still manufactured today, and they can be purchased in Denver, CO.

Chronograph watches record seconds, minutes, and hours. Exceptionally complex models can even split seconds into small units and record intervals down to a 10th of a second. The ability to measure such small increments is provided by amazingly complex mechanisms inside small watches. Of course, we now have digital devices that record intervals of time in much smaller increments. Most digital devices are operated by a simple touch of a button.

This technology is valuable, and probably more useful for modern tasks, but the tiny gears, wheels, and pistons of mechanical chronographs are a truly impressive masterpiece of engineering. A mechanical chronograph doesn’t rely on electricity or batteries, and the probability of a digital timer continuing to function correctly over a hundred years from now isn’t very high.

Mechanical chronographs in vintage watches will function as long as they are cared for and kept in good repair. Repairing these mechanisms is not a job for amateurs. Consult a watch repair professional for any observed or suspected problems with a chronograph watch. Most watch repair specialists also offer maintenance services to keep your watch running smoothly. If you’re looking for a new watch or a specific type of watch or chronograph, you can find many excellent pieces at Matheu’s Fine Watches & Jewelry.

A split-seconds chronograph, sometimes known by the French term, Rattrapante, independently records two intervals of time. In some ways, a Rattrapante can be viewed as two chronographs combined into a single mechanism. There are two command units that operate seconds hands independently. Watch repair professionals spend a lot of time learning Rattrapante systems so they can effectively maintain and repair these complex mechanisms.

Column wheels rely on very precise designs. Watch repair requires skill and intense concentration because even the tiniest error will interfere with correct function. Watch enthusiasts, and even people with a casual interest, often prefer watches with column wheel movements because of their smooth articulation and high degree of craftsmanship.

Coulisse lever movements are easier to manufacture. They are also more resistant to damage and don’t require quite as much care and precision as a column wheel design. Activating the pusher on a coulisse lever movement sets a small, heart-shaped cam, or coulisse, into a back and forth motion that starts, stops, and resets the chronograph.

The coulisse lever requires more pressure to begin operation. Although coulisse lever movements are less precise and more forgiving of inexpert treatment than column wheels, they are still complex mechanisms that should be handled by watch repair professionals for maintenance and corrections.

Chronograph mechanisms had to be hand-wound up until 1969. Automatic chronograph movements utilize a micro-rotor, which is a small oscillating weight. Another type of automatic chronograph uses a full-sized winding rotor. Most chronographs manufactured since 1969 are automatic, but hand-wound chronographs are still available and some users prefer the hand crank versions and the subsequent interaction with their watches. Watch repair professionals have to be familiar with multiple movement types.

Contact the watch repair professionals at Matheu’s Fine Watches & Jewelry in Denver, CO, for watch repair and maintenance. They are trained and certified as authorized service providers for an extensive variety of watch brands. 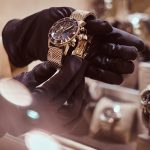 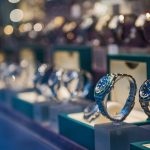